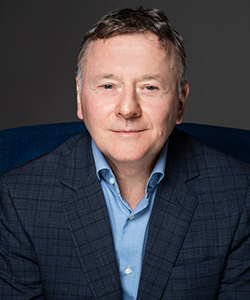 Mike was vice president of engineering from 1992 to 2003; his hands-on technical leadership often set the company’s direction for solving customers’ manufacturing problems and delivering quality solutions on time and on budget. When he became chief operating officer in 2003, Mike defined strategies for expanding PEER Group talent, and applied his conservative financial management to ensure long-term stability and profitability in uncertain economic times. In 2007, Mike was named acting president and CEO. Mike re-defined PEER Group’s business model, creating a balance between products and services through a series of acquisitions: CCS Envoy™ in 2008 and Asyst Technologies’ software product line in 2009. Mike was later named president and CEO in February 2010.

Prior to founding The PEER Group Inc., Mike specialized in software development for shop floor and equipment control applications for automated production environments. He holds a Bachelor of Applied Science in Electrical Engineering from the University of Toronto and is a licensed professional engineer in the province of Ontario.